Difference between revisions of "Imperia" 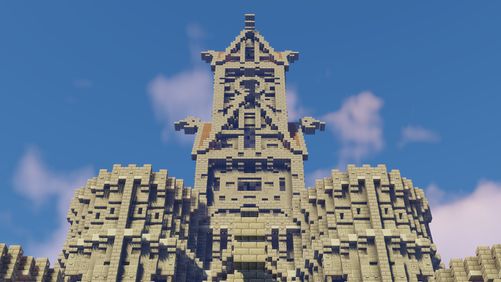 View on the Zitadellenturm, The central keep in the center of the city

The Capital City of Imperius, Founded after Borous and a group of Unific Order Elites landed there with the ship 'The New Glory' in the Fourth Era. It was from that very place that the true formation of the Imperius Reich had begun.

After the successful settling of this newly found land a small settlement was formed that went under the name “Imperia” It is believed that from this the name “Imperius” originated. remnants of this settlement can still be found in the core regions of what is now known as ‘The Reich’s Hauptstadt Imperia’

After the formation of the settlement more and more people moved to the city, as it began to shape into a center of trade. once it grew to possess a large enough prominence throughout all of minecraftia it had been decided that all of the newly formed Imperius government would operate from out of this city. and not long after a large plot of land next to the central Island had been chosen to be the land on which all Imperius Government buildings where going to be constructed. The Region is now known as the ‘Regjerings regionen’ and now also holds multiple large houses used for and during diplomatic talks

Reee this is a test